Myanmar – The top dealer from Myanmar were among the 116 dealers from 13 markets recently named GM International (GMI) Grandmasters during the annual program in New York City.

Now in its 14th year, the GMI Grandmasters was created to reward GM’s best of the best dealers in the region for their excellence. Winners were selected based on vehicle and parts sales, service, customer satisfaction and facility standards. They were judged on both the quantity and the quality of their operations.

This year’s participants included the highest-performing dealers from Australia and New Zealand, the Middle East, Korea, Israel, Japan and Southeast Asia. They engaged in a series of business meetings and team-building activities.

GM Executive Vice President and President of GM International Stefan Jacoby said, “Over the past year, our dealers have done an outstanding job putting the customer at the center and strengthening their commitment to the I Care Culture. They have been a critical part of our team.”

This year’s Grandmasters program began on May 7 with a welcome reception at Cadillac House, the new home of GM’s American luxury brand. The dealers were able to view Cadillac’s award-winning lineup, including the CT6, XT5, CTS and ATS.

The following day they got down to business, as the Grandmasters received a company update from Jacoby. GMI Vice President of Sales, Marketing and Aftersales Mike Devereux talked about the exciting new technology coming to dealers’ showrooms, while highlighting the ongoing importance of customer care.

A tech talk followed, with dealers learning more about Google and Facebook, and the growing connection between the automotive industry and global technology companies.

According to Jacoby, “The future for GM will be about technology and innovation, as we strive to create a safer and more enjoyable driving experience while taking the lead in connectivity, ridesharing, alternative propulsion and autonomous driving.”

This year’s program closed on May 9 with a gala awards dinner, during which the dealers were officially declared Grandmasters.

Speaking at the awards dinner, General Directors SEA Distributor Sales Operations, Gary Player said: “Congratulations to our dealer from Myanmar. You have been instrumental in the growth of GM and Chevrolet in Myanmar. You have set a great example for your fellow dealers, and we are proud to have each of you as a partner.”

Chevrolet Myanmar – Pacific Alpine is the exclusive importer and distributor of Chevrolet automobiles and parts in Myanmar. To learn more about Chevrolet Myanmar, its products and its latest offers, log on to www.chevrolet.com.mm, like the Chevrolet Myanmar Facebook page or follow us on Instagram @<Appropriate tag>.

Founded in 1911 in Detroit, Chevrolet is now one of the world’s largest car brands, doing business in more than 115 countries and selling more than 4.0 million cars and trucks a year. Chevrolet provides customers with fuel-efficient vehicles that feature engaging performance, design that makes the heart beat, passive and active safety features and easy-to-use technology, all at a value. More information on Chevrolet models can be found at www.chevrolet.com. 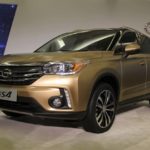 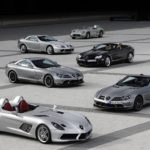 NEXT 18 May 2017
Mercedes Puts Higher Numbers on U.S Models Than European Ones 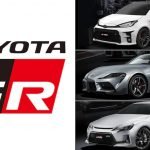 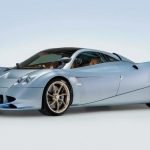